What Can It Help With? 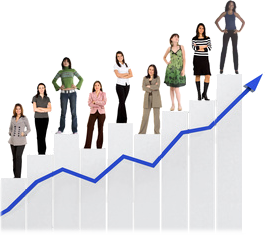 Research is proving the benefits of using Mind / Body techniques to enhance fertility.

In the UK alone an estimated 1,750,000 couples may have difficulty conceiving.

Reproduction is a normal human event that is absolutely necessary for the survival of the human race.  Infertility is therefore not part of nature's plan.  Releasing emotional and mental blocks that could be in the way of conceiving naturally is becoming widely accepted as an important part of the journey for those experiencing infertility.  Exploring the mind/body connection is bringing success to many, where all else has failed.  Perhaps this should be the first place to look before considering more invasive approaches.

Hypnotherapy is fast becoming one of the most sought after approaches in fertility today.  Research shows that there is more evidence for Hypnotherapy than any other complementary therapy ... by using hypnosis people can perform prodigious feats of will power and healing.  - The Health Education Authority
Studies have indicated that infertile women using mind-body techniques have a 42-55% conception rate compared to 20% of those who don't.

Studies also show that women suffering PMS have a 57% reduction in both physical and psychological symptoms.

A recent Israeli study showed that the success rate of IVF treatments doubled in a test group from 14% to 28%, when the subjects underwent hypnosis during implantation.  Professor Eliahu Levitas conducted this study with 185 women.

Dr Gayle Peterson found that high anxiety states in the mother must be reduced in order to normalise pregnancy and birth.  She cites several research studies that suggest a positive link between fertility and treatments based on hypnosis.  She is a pioneer in the field of mind/body states and their effects on fertility, pregnancy and birthing.

Dr Alice Domar has been published in several important journals, such as Fertility & Sterility (1990 and 2000) and the Journal of the American Medical Women's Association (1999).  She emphasises "mind/body" techniques that include self-hypnotic suggestions to reduce stresses that interfere with conception and healthy pregnancy.

Dr Ernest L. Rossi specialises in psychobiology, or the relationship between the mind and physical body states.  He has done extensive research to suggest that human genes must be in a state of physical readiness for conception to take place, and that hypnotic-type suggestions can activate specific genes.

At the Institute of Applied Psychology in Lisbon Portugal, a team of researchers led by Katharina Hirschenhauser has concluded that men who actively want to be fathers automatically adjust their testosterone levels at exactly the right time (the middle of their partners' menstrual cycles).